Book reviews are subjective. I tend to rate books not according to how “perfect” they are, seem to be, or are said to be in general but rather to how perfect they are to me. Bethany House provided me with a complimentary copy of this book for an honest review. 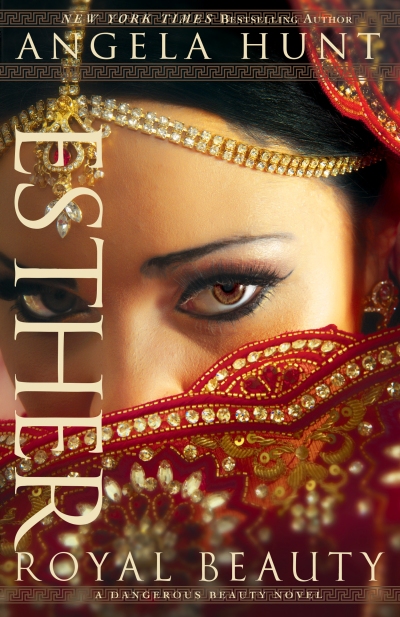 I must confess right off that Queen Esther stories are mostly shoo-ins for me, as I’ve enjoyed three different film adaptations (so far) and, now including Esther: Royal Beauty by author Angela Hunt, I’ve read three different novels based on the biblical account of this secretly Jewish monarch.

As with any story that’s been told and retold, adapted and readapted numerous times already, a reader or viewer would wish to find something that makes a new telling of that same story truly fresh. Aside from the significant fact that this novel is co-narrated throughout by Hadassah, who would become known as Esther, and Harbonah, a chamberlain of King Xerxes, I think this novel takes a while before it really begins to make its case for standing out, starting about halfway through with the unique opening of Hadassah’s first night with the king of Persia.

It’s interesting to see that this Hadassah isn’t exactly wild about Jewish traditions or the thought of the holy city of Jerusalem, and her character really starts to round out after she steps into queenhood. The novel has its gruesome moments and characters who show their unsavory sides, including the king. While the illustrations of the deposed queen Vashti and the villain Haman are likely what the reader would expect, the author’s handling and timing for including them has an uncommon touch.

Overall, a well-expressed, engaging take on the Esther story that I would recommend to lovers of biblical fiction.

Esther is the first of the Dangerous Beauty novels. See my review of Delilah: Treacherous Beauty.